(Including the wards of Moreton and Knightley)

Our Mission is to improve the quality of life for those who live and work in the Parish ofÂ GnosallÂ and those who visit it. 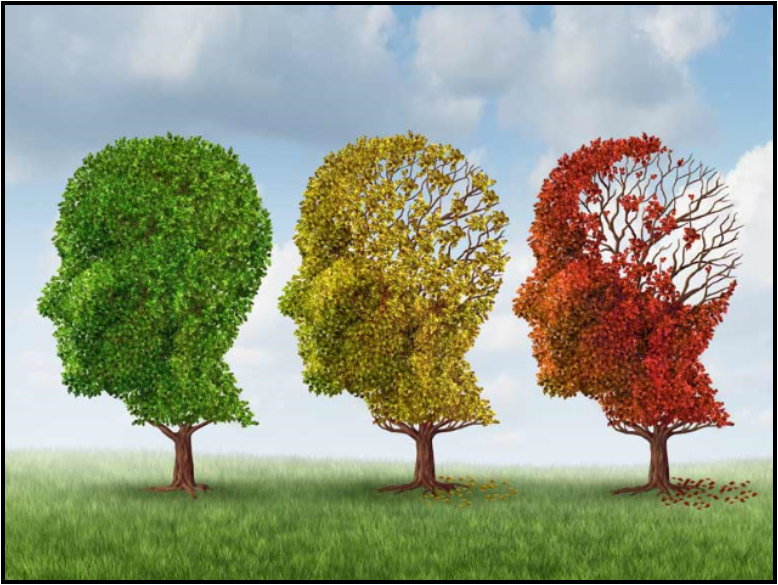 There was a time when people didn’t like to say the word 'cancer'. It was mouthed silently, or not spoken of at all, or referred to as 'the big C'. Nowadays, we are much more open in our talk about the disease, perhaps because medical advances today mean that sufferers remain healthy for much longer and so almost all of us have experience of it in our own families. But another word has taken its place – dementia. Is this the new condition that must not be named? The condition that we don’t like to talk about? That we are most afraid of? Some would say yes.

There are over 600,000 people with dementia in the UK – maybe more.  Research suggests that only 42% of people with dementia have actually been diagnosed – so perhaps you have a relative or neighbour who is developing the condition. It is also associated with ageing and 1 in every 6 people over the age of 80 have some form of dementia. So every community needs to accept that this is a condition which we have to learn to live with and to manage as best we can.

What exactly is it?

Dementia is a progressive disorder that affects how your brain works and in particular the ability to remember, think and reason. It is not a disease in itself, but a group of symptoms that may accompany a number of diseases that can affect the brain. It is not a direct consequence of growing old but the risk of having it increases with age. Most people who are affected by dementia are over 65, but there are many people younger than this.

The term dementia covers many illnesses, the most well-known being Alzheimer's disease. This is thought to be caused by an abnormal build-up of proteins in and around brain cells and it usually affects cells responsible for memories first, though other forms of Alzheimer’s affect vision and language rather than memory.

Other types of dementia include Vascular dementia, which can develop after a stroke and is caused by reduced blood supply to the brain. This leads to problems with memory, thinking or reasoning (known as cognition).

Dementia with Lewy bodies, which are found in the outer layers of the brain, can affect movement and cause changes in mental abilities at the same time.

Frontotemporal dementia (FTD) is caused by progressive nerve loss in areas of the brain which affect personality, language and muscle or motor functions.

Whatever form of dementia someone has, they are likely to have problems with their memory, they may become more confused or have problems doing things which they used to find easy. This is obviously distressing to the sufferer but it is also very stressful for family members or carers and even for the wider community.

So what can we do to help?

All Parish Councillors have undertaken Dementia Awareness training and we have committed ourselves to becoming as Dementia Friendly as we can be. This is a new term, coined to signify that the community as a whole recognises the stresses and challenges involved in suffering from or caring for someone with dementia and that it wants to do all it can to make life easier for sufferers and carers alike. Stafford Borough Council is also aiming to become Dementia Friendly, so as to improve the lives of all those touched by dementia within Borough.          More...